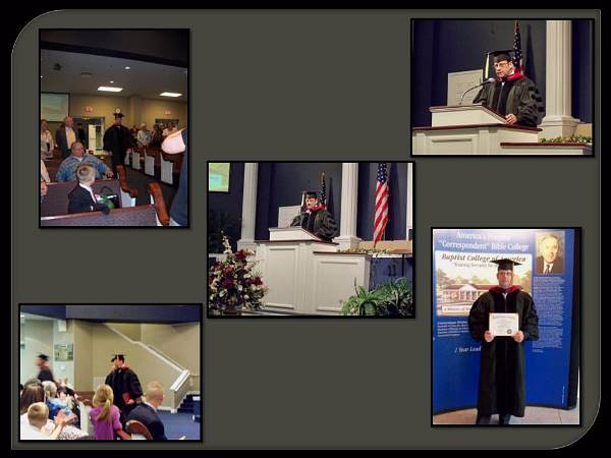 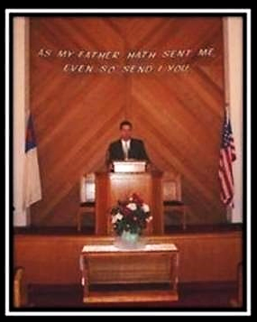 Pastor's Message
We are delighted and honor to have you visit our church. It is my privilege to serve as the Pastor of Bethel Baptist Church. Our earnest desire and prayer is for people to know the Lord Jesus Christ as their personal Saviour and become actively involved in a Bible-believing, Bible-preaching church that cares for them.Type your paragraph here.

The Biography of Dr. Lee Buss
Dr. Lee Buss was born in Springfield, Oregon, in 1964. Upon graduating high school, he enlisted in the Army as a Military Police; he later attended Warrant Office Flight School and became a Blackhawk Pilot for most of his military career. While he was station in Panama, he attended the Maintenance Test Pilot course at Fort Rucker, Alabama. During flight training, a pilot attending the course invited him to an independent Baptist church for the Sunday morning service.  During the drive to church he began to witness to him, and that afternoon he received Christ as his Savior and was baptized on February 11, 1996. That day his life changed.  After returning to Panama; he attended Maranatha Baptist Church. There he served in the bus ministry as a bus captain.  Through his faithfulness to the Lord and the ministry, his wife, four children, mother-in-law, father-in-law, and brother-in-law were all saved.  During a mission conference at the church; he felt the call of God on his life and surrendered to full-time service.
In April 1997, the Army moved him and his family to Washington. There he attended Bethel Baptist Church, where he served in the bus ministry and junior church. The Lord kept working in his heart, and after counseling with his Pastor, he started preparing himself for the ministry by transferring from Embry Riddle Aeronautical University, where he had completed over three years, to Baptist College of America and Seminary.  He spent numerous hours with his Pastor in counseling and training for the ministry. Each time the Army moved him and his family, Dr. Buss would find a good independent Baptist church where he could serve the Lord.

In Germany, he attended Berean Baptist Church where he served as the church Superintendent and Sunday school teacher. While in Germany, the Lord impressed upon his heart to surrender to the mission field.  He was encouraged, trained, and guided by his Pastor.  Dr. Buss has a burden in his heart to see soldiers and their families come to Christ.  While deployed to Kosovo, he started a bible study class to help soldiers stay grounded in the word of God.

In Colorado, he attended First Baptist Church and was in charge of the Singles Ministry, Mission Department Director and also preached several times in the church. There he retired from the Army after twenty- one years of service, and him and his family returned to Washington and started deputation.  Dr. Buss has a Bachelor’s Degree in Pastoral Church Ministries, a Master's of Ministry and a Doctor of Ministry

Graduation of Pastor Lee Buss receiving his Doctor of Ministry